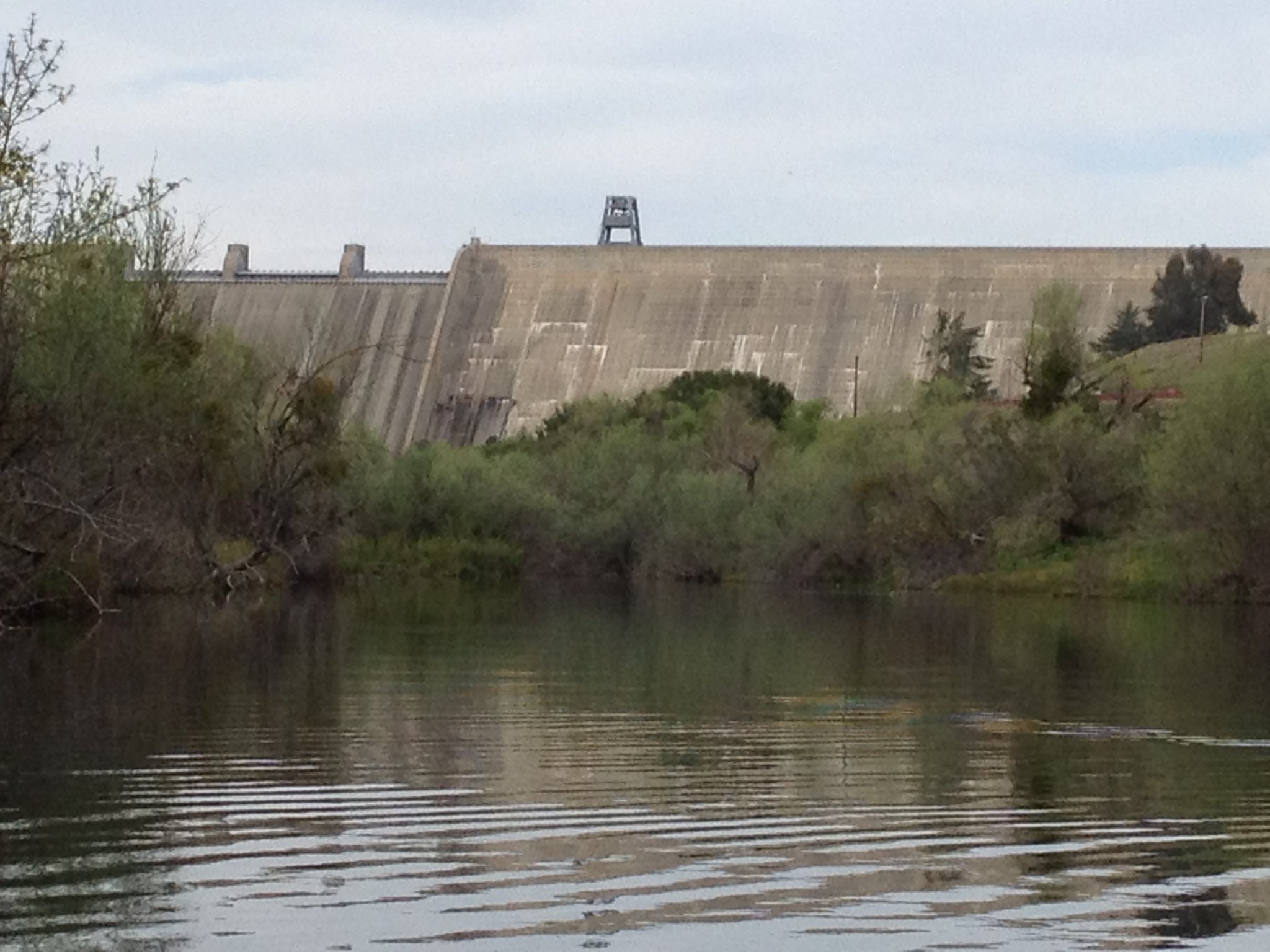 Will the San Joaquin Flow to the Sea? Part 1

Gazing at a map of California and its mighty San Joaquin Valley, one would expect the namesake San Joaquin River to be a prominent feature on the landscape. Yet waking up to peacocks in a riverside campground on the ever-expanding urban sprawl of Fresno, the river is merely a glorified trickle, flowing now only because of a planned release from Friant Dam. We had decided to kayak this stretch during a scheduled 500 CFS release, too small an amount to fill such a large river basin, but still more than the river had seen over the past many years. However, we soon learned that the release was only 350 CFS, due to drought concerns and water quality threats to downstream farmers. It all sounds strange, that a faster flowing river could be harmful, but we decided to take a look.

We started our paddling on a beautiful stretch of river that runs deep in a dramatic river canyon upstream of Millerton Lake and downstream of four other major dams, leaving the river here only a trickle. Our put in is the take out for the last whitewater section of the San Joaquin, Patterson Bend, and our plan was to paddle across the reservoir, portage around Friant Dam, and then continue as far as we could paddle, roughly 30 miles out into the Central Valley to Skaggs Bridge on Highway 145. This gorgeous first stretch is protected in BLM parkland, and yet access here is still controlled by PG & E, and the imprints of hydroelectricity and controlled water flows are omnipresent.

We parked our car at a trailhead several hundred feet above the river. With one set of wheels we loaded both our plastic doubles on borrow from California Canoe and Kayak to the river. Before we reached the banks we encountered restricted access due to fences around a PG&E powerhouse, our first portage. These boats are heavy and cumbersome, but with some team effort and a little rope work we had them in the water and ready to go. 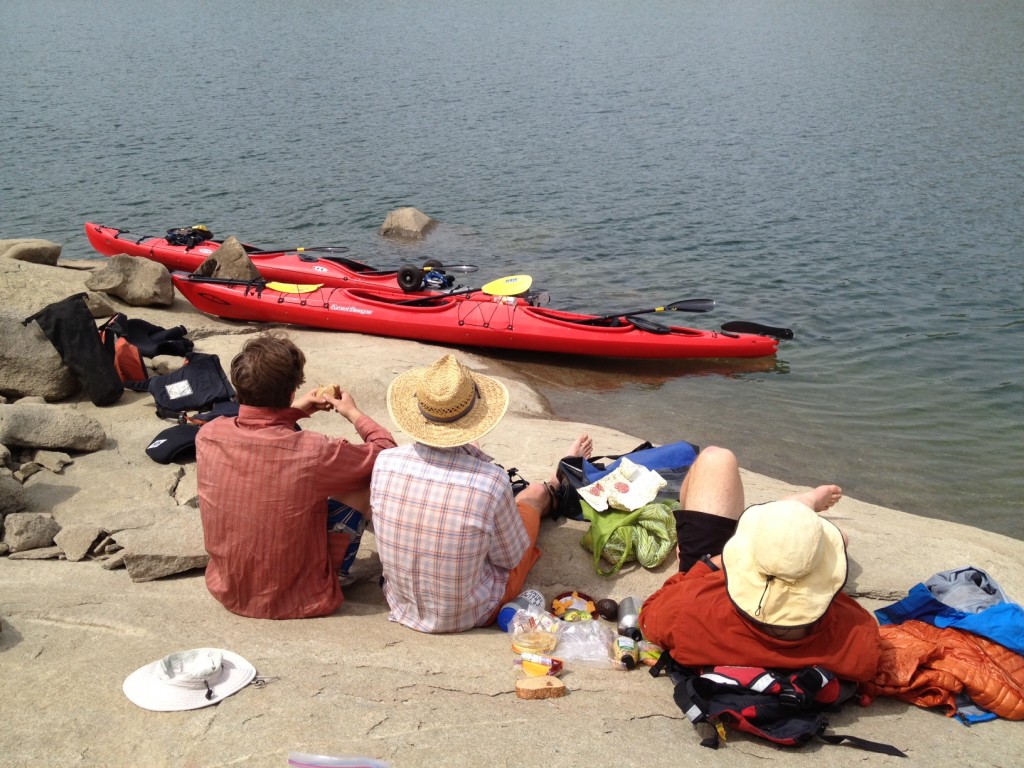 The water was flowing at around 200-300 cfs for the first mile or so before we reached the reservoir. It is mind blowing that this major river has so little water in it for most of the year.

After 5 hours of paddling we approached Friant dam where we left one vehicle to help us with the portage. Friant Dam is the last of the major dams on the San Joaquin and does not have a fish ladder. Will dropped Galen and Danielle off below the dam where they continued past casting fishermen herons, deer, and beavers. We paddled through some lovely class 1 rapids, fun to maneuver through in a double for another 10 miles.

The following day the four paddlers, Graham, Will, Danielle, and Galen, paddled 22.3 miles from our campground alongside giant introduced ornamental Coi fish and Asian carp to a lively park at Skaggs Bridge. Just a few miles below our take out nearly all of the water gets siphoned out for agricultural use, limiting not only our progress in kayaks, but the migration of fish and the extent of riparian wildlife habitat. Local naturalists and a salmon counting team from the Bureau of Reclamation told us how seeps of old pesticides and high salinity from years of intensive farming have reduced water quality in these lower sections to the point that the water is unsafe for wildlife and even crops like pistachio orchards.  The team from the bureau of Reclamation talked to us about th reintroduction of Salmon in the river and their attempts to make the San Joaquin viable habitat again.

Our ultimate goal on the San Joaquin is to paddle the entire length of the river, but we can see the challenges with fluctuating water levels, major agricultural diversions, and obstructed access. For now, we wait on more water for the lower stretches.