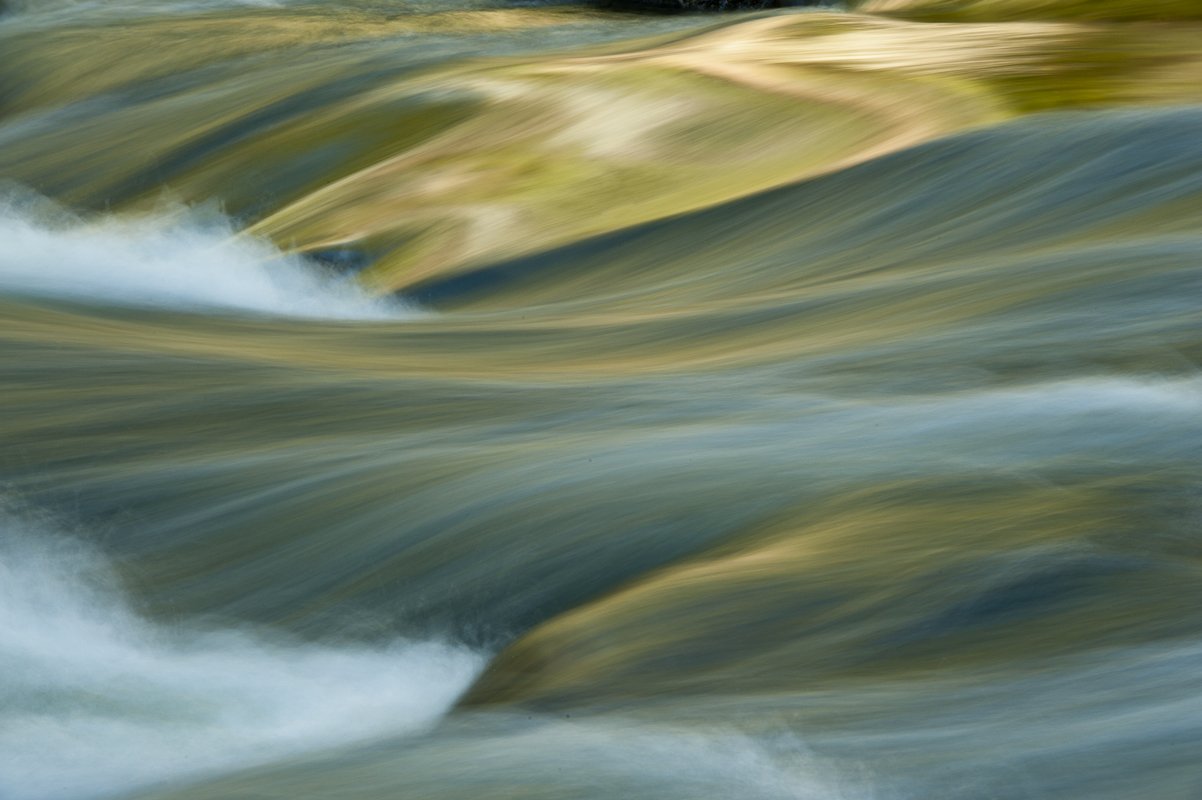 The Merced starts at Mt. Lyell in Yosemite National Park and flows 145 miles down to the confluence with the San Joaquin. It is currently illegal to boat in the Park except for a 3 mile section. The park is looking for input as they develop plans for Merced management. There are also ongoing threats to the Merced’s Wild and Scenic Status. We put in below the park boundary.

With a 10-foot raft rolled up in the back of our CRV, Galen and I found ourselves
cruising up through the foothills of the Sierra, bound for the Merced River. The water
levels were dropping, and fast. We had planned to run the river a week later, but due to
the weather and low snow pack, we were in danger of having to walk our raft through
puddles if we waited much longer. So there we were, cancelling appointments and
engagements so we could catch the last of this year’s Merced whitewater.
The water corridor was stunning in all of its Sierran grandeur. We were
surrounded by pine trees and granite steps. We met our friend Will at the Redbud put-in,
and pushed off in our Ferrari of a raft; the fast, sleek, turns-on-a-dime Scout, designed for
low-water maneuverability. (A big thanks to Clavey Equipment for loaning us this high
end piece of gear, we got many compliments from other boaters). And we were off into
the wild blue yonder of the river. We weren’t quite sure where the rapids were, so we
made our way down the class 3 /4 run with some anticipation for each horizon line. Some
of the rapids had some kick to them, and we found ourselves paddling vigorously through
holes to prevent getting tube sucked in our dainty craft.

It was a hot day, and we were constantly slathering sunscreen onto our ever-reddening thighs to keep from getting too burnt. 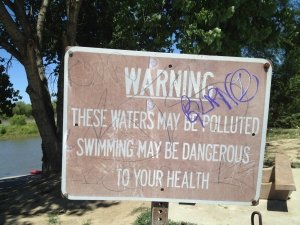 The hot weather also encouraged a lot of swimming. Something we didn’t think twice about in this upper stretch of river. It was shocking to find this sign only a few days downstream after the Merced and San Joaquin confluence near Patterson. Sometimes we take for granted simple things that a river can supply, like the opportunity to go swimming.

We heard that the rapids got a bit more technical on this section, so we teamed up
with Zephyr, a commercial company, that was running the same stretch that day. That
day the river branched off from the highway, feeling more like wilderness.
The river narrowed as we entered a steeper gorge section including Quarter Mile
Rapid, a series of class IV drops. We scouted with the Zephyr guides and got the beta on
where not to go. The left line got pretty tight and eventually ended in sieves. So we
stayed right. We followed Zephyr’s gear boat through the drops, maneuvering through
the laterals and munchy holes.
The next big rapid was an un-runnable class VI. We portaged the boats by pulling
them up to the edge of the 20-foot waterfall and pushing them into the pool below.

In our more carefree paddling after the class IV, the meat of a big hole had a little more punch than expected. Will went for a swim and I got launched into the front of the boat on top of Galen. In all the excitement, Galen’s camera came out of his PFD, and so now it sits, at the bottom of a no-name rapid on the Merced. (Camera donations accepted by contacting Galen Licht.) Ergo, sadly we have no pictures for this section of the river. The rest of the day was mellow.

It was very striking how low the water level was, especially this early in the season. May and June are usually known for when the rivers are pumping, making rapids that much faster, challenging, and dangerous. But that is not the case this year. The water content in the Sierra snowpack is at 40% of normal. In May of 2011, the snow pack contained 190% of normal water content. Luckily the excess of snow last year will provide enough water to meet California’s needs for this year (sfgate.com). So it is not too surprising that the rivers are dropping quickly and will be un-runnable by the time high summer comes around. Many of the rafting and kayaking companies all over California will be unable to take people down the river, just as the ski and snowboard industry took a blow with such low snow levels in the winter.

All in all, it was a beautiful two days on the Merced. Loving life and the freedom of the river. We are so glad to have the time, means, and skill to run such a beautiful waterway. A big thank you to Zephyr for being so accommodating, showing us the line, as well as feeding us a lot of Oreos. And for Clavey Equipment for the wonderful Scout.