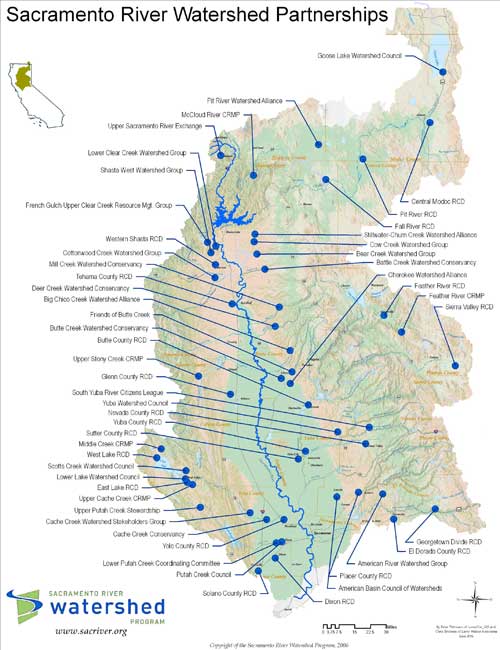 “The Sacramento River Basin provides drinking water for residents of northern and southern California, supplies farmers with the lifeblood of California’s agricultural industry, and is a vital organ for hundreds of wildlife species, including four separate runs of Chinook salmon. It is also the home of more than 2 million northern Californians. From the mountains, to the valley, to the small towns and cities, it is the place where we live, work, and play.” 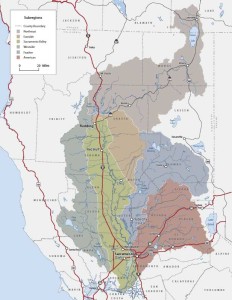 In this article:
Facts and Figures about the Sacramento
Threats/Management Issues
What is being done about it?
How to get involved

Vegetation: This large watershed has many distinct ecosystems. 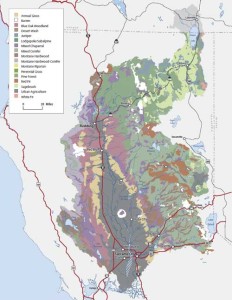 The northern part of the watershed the river winds through mixed conifer forests and urban and agricultural areas. In the valley floor the riparian ecosystem becomes a mosaic of wetlands, irrigated agriculture and some riparian habitat.

Animals: Used to support a wide variety of avian species and fish, however development has greatly reduced these numbers. Some fish species still dependent on the Sacramento are the Chinook salmon, steelhead, sturgeon and native trout. The Sacramento marshlands are a stop on the Pacific flyway, so there are a variety of migratory birds.

As a major watershed the Sacramento faces many management issues. Some of the biggest threats and challenges the watershed management faces are water quality, fish passage and native fish species, forest health and aquatic/riparian habitat.

A major contaminant of rivers in California is mercury. Mercury enters watersheds with erosion and atmospheric dust, but a large contributor of the mercury in California comes from old cinnabar ore (mercury sulfide) mines used during the gold rush. Mercury in the water accumulates to toxic levels in top predators, such as predatory fish and birds of prey. Mercury contamination affects almost every aspect of life in the watershed, including aquatic life, fishing; and rare and endangered species habitat.

Agriculture in the Sacramento Valley often means large use of chemicals which then run off into streams and lakes of the Sacramento watershed. This impacts toxicity of aquatic life and domestic supply.

Development can have a large effect, not just on the riparian habitats, but also on the aquatic life. Accelerated erosion due to development and mining leads to altered sediment transport rates which causes problems with irregular sediment deposition. Development of land also results in loss of the riparian cover canopy, waste discharge and diversion of streams. These three factors can significantly affect temperature sensitive species in the watersheds.

Salmon and Steelhead face many challenges in the Sacramento watersheds, some which have been mentioned above. These anadromous fish are resilient and determined, however they are affected by nearly every aspect of the watershed, from water quality, to water supply to invasive species. One difficult management issue is fish passage throughout the watershed. The various reservoirs along the watershed pose difficult passage problems for these upstream swimmers.

Fire has been suppressed for years with the growing populations out west. Although in the short term it makes sense, long term effects are catastrophic. Suppression of fire has resulted in thick and overly dense vegetation, posing extreme fire risk, especially in dry years (stay posted for a RFC blog post on the drought in California). Forest health and large fuel loads pose a large risk to the Sacramento watershed.

Check out the table below for the major management issues faced in the different sections of the Sacramento watershed.

What is being done about it?

There are a few different groups working on all sorts of projects with the Sacramento watershed. The biggest is the Sacramento River Watershed Program. This group collaborates with various groups throughout the watershed. If you are interested in getting involved this would be a good place to start. 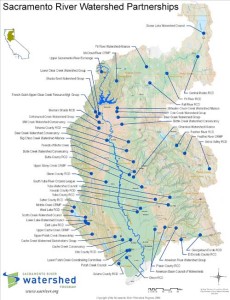 Some of the partnerships near Redding:


How to get involved

Join RFC for a Community Conservation Paddle on May 17th from the Sundial Bridge to Anderson River Park.

There are various projects on the Sacramento along with many not-for-profit groups working on this watershed. If you are interested in taking further action, contact some of the various groups mentioned above for volunteer positions, river clean-ups and awareness.

The best thing you can do is become informed and educate your peers. These threats will not be resolved without a rise in awareness.

As always, leave no trace. Tread lightly, take only pictures, leave only ripples.

Information on this page was compiled from the Sacramento River Watershed Program webpage. To learn more you can visit their site at http://www.sacriver.org/ 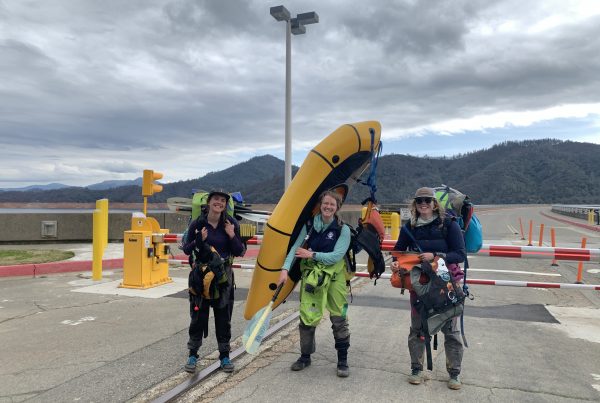 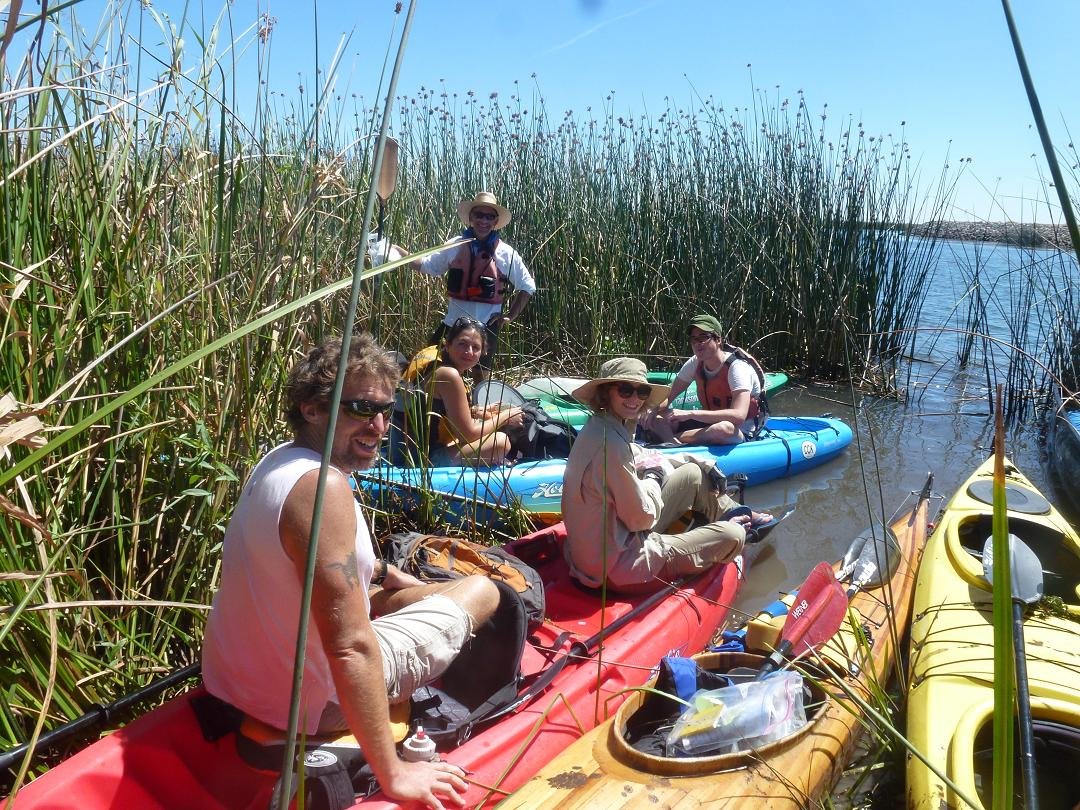 New Populations of Native Plants found in the Delta!