Interested in becoming an Ambassador? Get involved as a Grant Ambassador, a fundraising, community, or athlete ambassador. 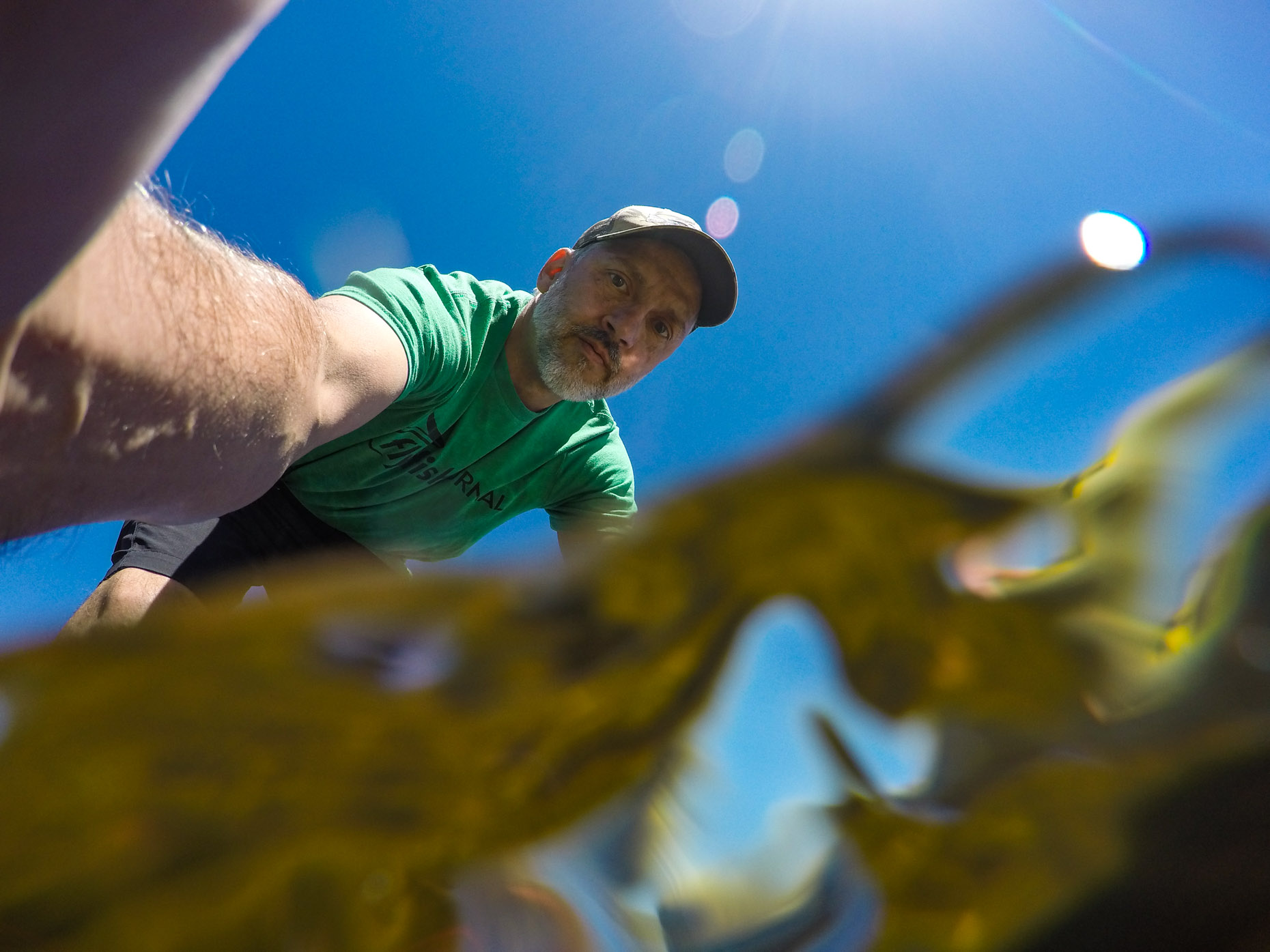 Joe tells stories where people and the environment come together.

He creates authentic photography for editorial and commercial clients in unique and difficult locations. Photographs from assignments in the sub-zero ravines of New Hampshire’s Mount Washington to the bug-infested mangrove islands of the Florida Everglades fly fishing for tarpon have appeared in print nationally. His work has been the cornerstone of large national ad campaigns for Mission Athlete and Voltaic Systems and Sterling Rope. His photojournalist background works well with commercial clients committed to real storytelling. His freelance career includes working with The New York Times, Boy’s Life Magazine, Fly Fisherman, and many others that place a premium on capturing real people, places, and the stories they tell.

Mountains, rivers, and oceans have always played an important part in his work. Joe’s connection and love of the outdoors has lead him to photography & video projects with New Hampshire Public Television on their “Windows to the Wild” television series, The Nature Conservancy, and Adventure Scientists in their work to explore, protect and promote our environment. “Being close to the mountains, forests, and oceans of New Hampshire has given me a constant source of inspiration and ever-changing backdrop for my photography”.

He migrated north to the White Mountains of New Hampshire to pursue rock and ice climbing after graduating with an engineering degree from The University of New Hampshire. Traveling on various climbing adventures with a small point-and-shoot camera got him hooked on creating better and better photography to tell the stories of each outing. It was during an 11-hour ascent of the Regular Route on Half Dome in Yosemite Valley that photography would overtake my interest in engineering.

You can look for him in the mountains, forests, rivers, and oceans searching for another story to tell or image to create.

Read more about his Source to Sea Grant project on the Saco River on our grant recipient project page and you can view his work on his website. 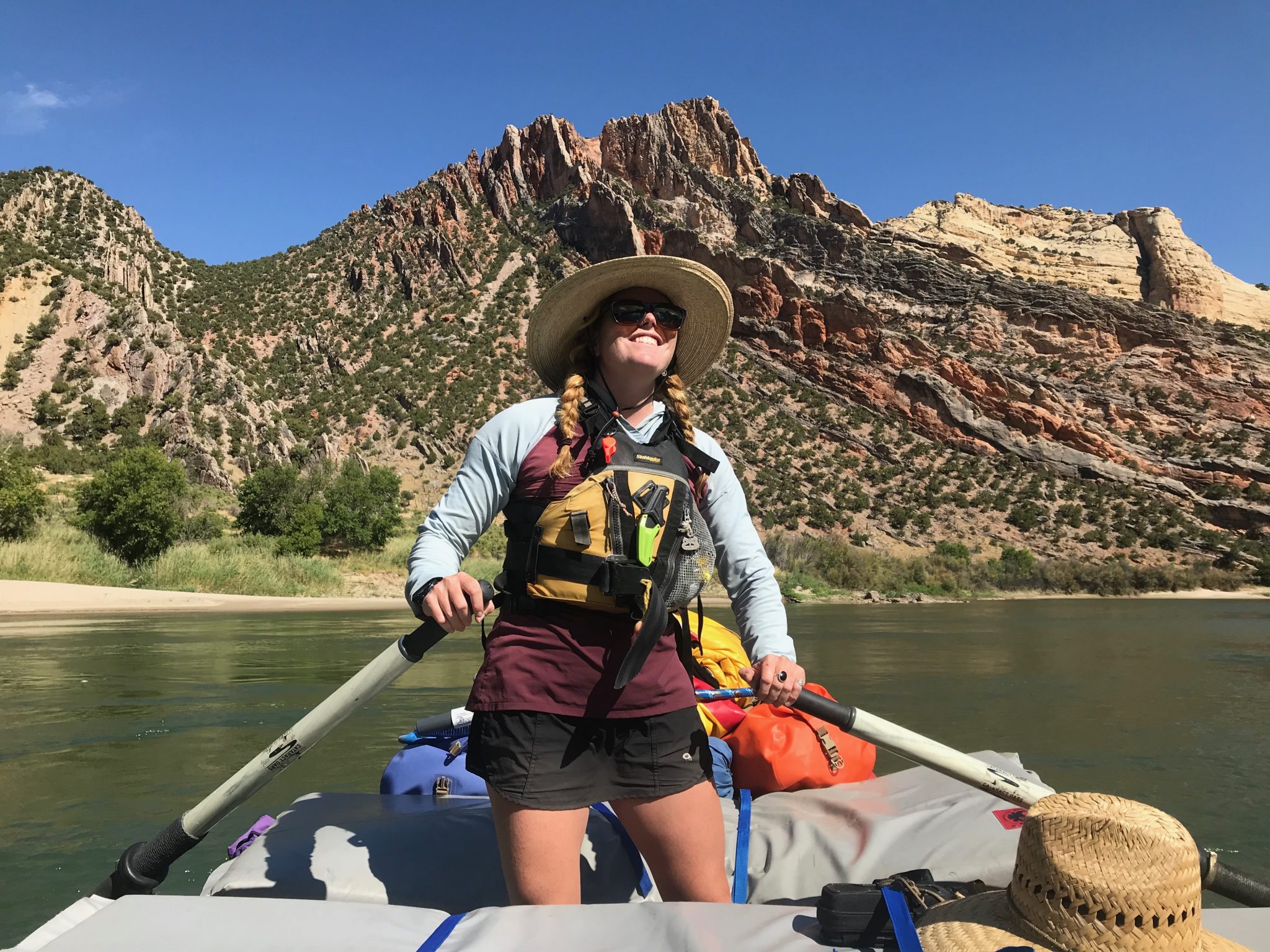 Alyssa is a 28 year old outdoorswoman. She has worked in the outdoor industry for the last ten years in a wide range of jobs that have allowed her to be outside as much as possible. She currently finds her work as a river guide, trailer builder and ski patroller.

She did her first guide training on the Upper Sacramento River in 2012 and has since taken her skills as a river woman across the Western US and abroad. Her devotion to the outdoor industry grew out of gaining her B.S. in Outdoor Adventure Leadership from Southern Oregon University in 2015.
She is passionate about rivers and the incredibly important role they play in our lives. Growing up at the headwaters of the Sacramento River instilled a strong interest in what the river provides to the state of California and the people that benefit from it.The experiences of her life have led her to being devoted to connecting as many people with the outdoors as possible and educating those folks about the consequences of our human actions on the land.
You can read more about her project on our grant recipient project page and on Our Blog. 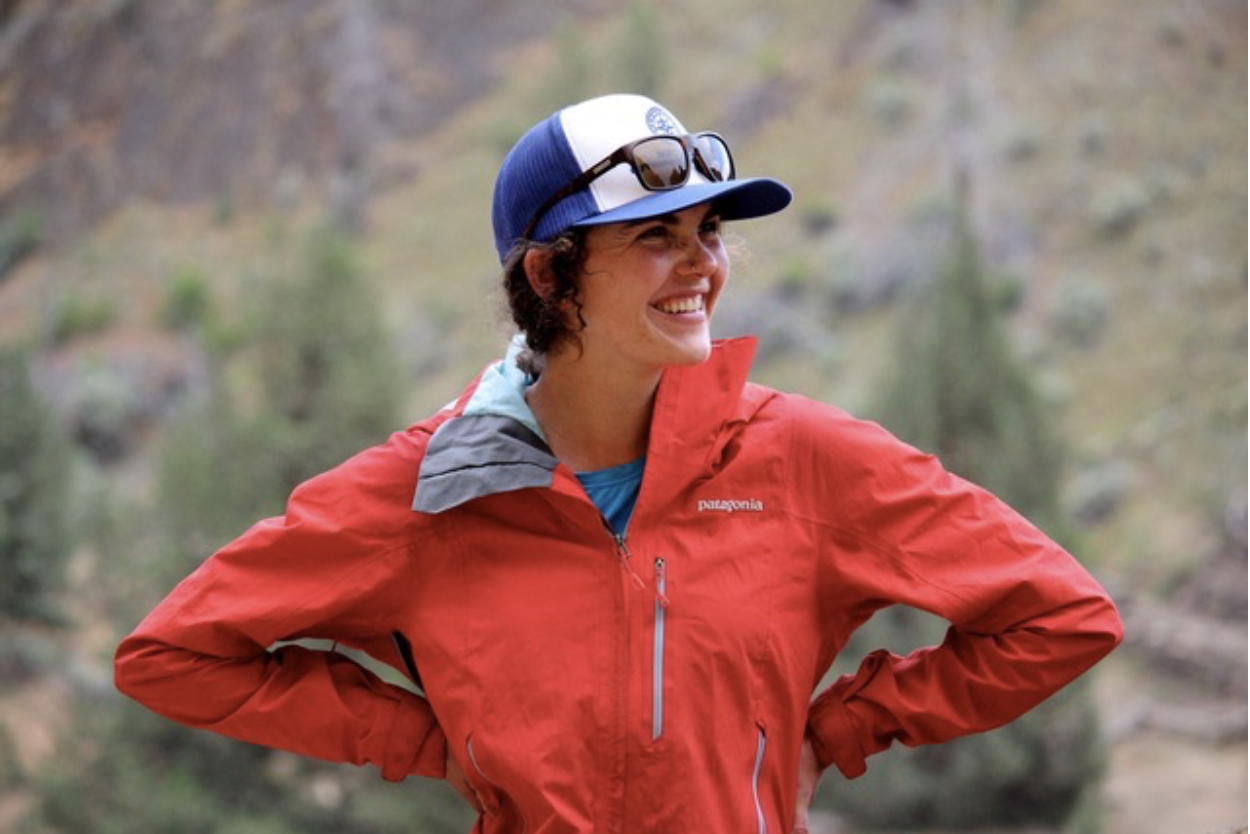 Ari is a 28 year old outdoor educator and river guide who fuels her adventures with laughter, curiosity and her trusty bottle of sriracha. She grew up on the rivers surrounding her hometown of Mt. Shasta and went through her first guide training on the Upper Sacramento back in 2008. Since then she’s continued to find joy and growth on rivers across the United States and internationally.

She has worked as a field instructor with the Northwest Outward Bound school and other outdoor ed programs since 2015 and graduated with her B.S. in Sustainable Agriculture & Food Systems from UC Davis in 2014. Her background in agriculture is the source of her curiosity surrounding the Sacramento river’s vast network of stakeholders and users.

She is passionate about the intersection of recreation, environmental protection, education, and social justice in the outdoors.

You can read more about her project on our grant recipient project page and on Our Blog. 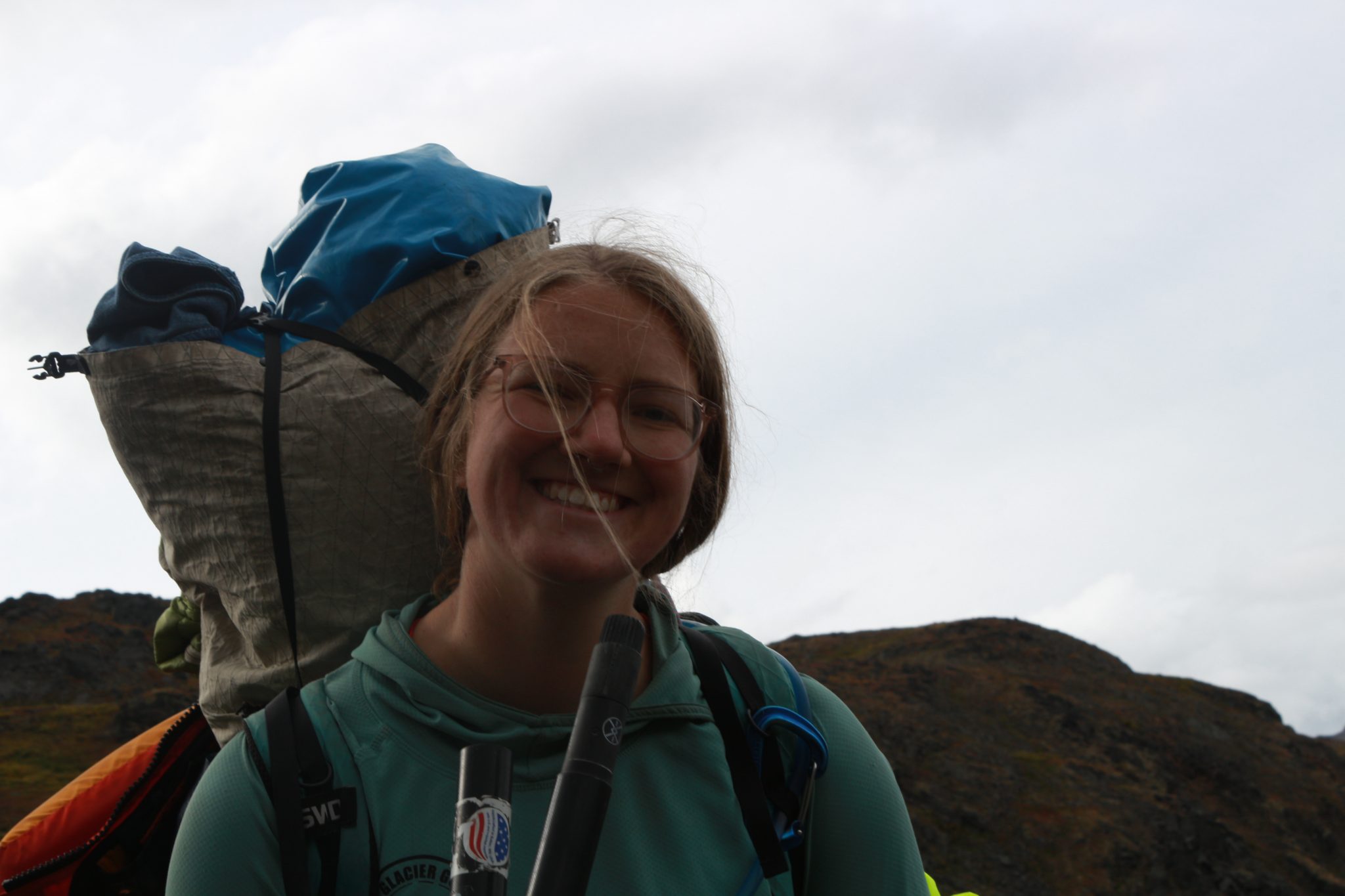 Jamie is a 24 year old filmmaker raised on Midwestern cheese and thriving on the big, vast adventure opportunities in Alaska. She graduated from the University of Wisconsin-Madison in 2017 with a degree in Environmental Studies and Film Production, and has since taken those skills all over the world to tell stories and inspire action.

She has worked as a sea kayak guide in Alaska and Greenland; sharing nuggets of glacial geology and her affinity for the arctic. In 2018, Jamie in a team of 4 became the first to kayak and rock climb across the Bass Strait, from mainland Australia to Tasmania. Afterwards, she completed a thru hike of the Pacific Crest Trail and made a film, “Strait Up,” about the Bass Strait Expedition.

She feeds off of adventure, dirt, creativity, inspiring environmental ethics in people, and fun! It is her goal to connect people to each other and the land; to create welcoming environments for women, people of color, and all underrepresented groups.

You can read more about her project on our grant recipient project page and on Our Blog. 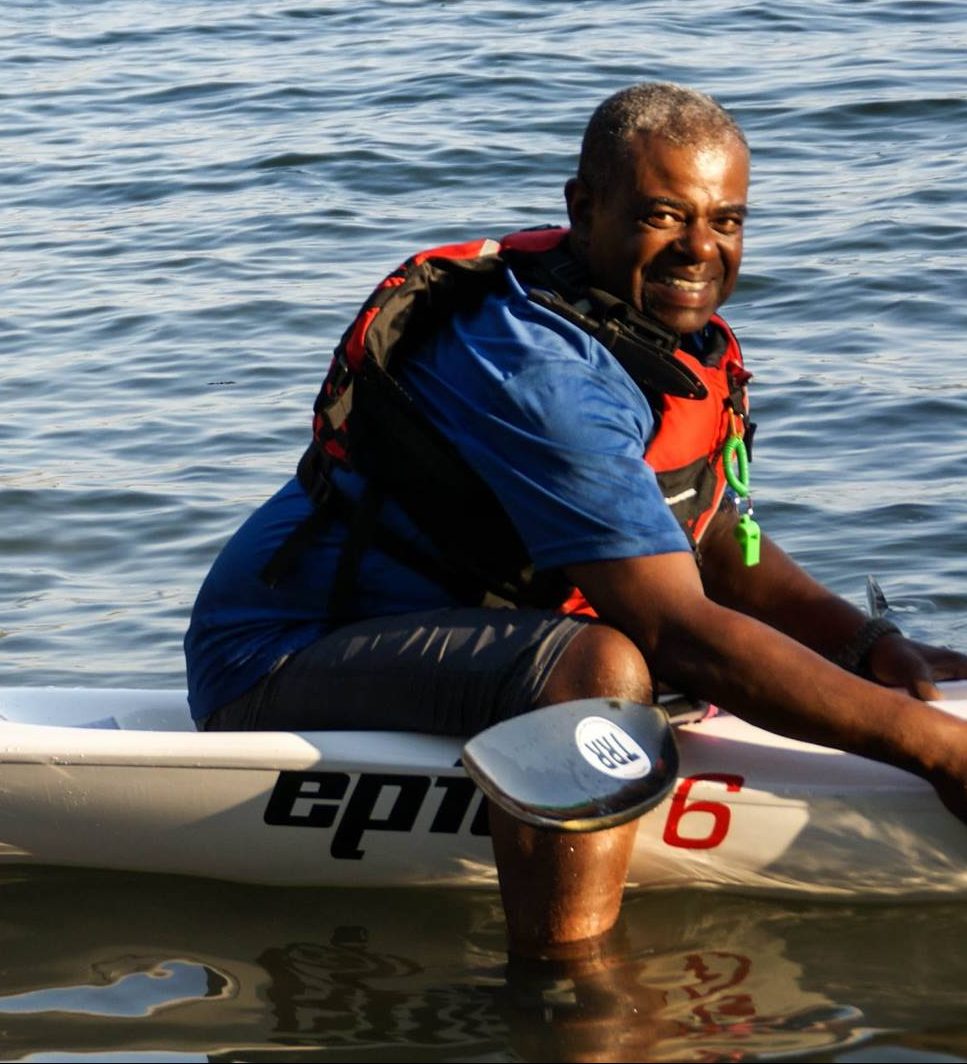 Chris joined the United States Marine Corp in 1978. He sustained an injury during active duty and was introduced to kayaking at a local VA pool through Team River Runner. He was hooked!

Wanting more time on the water eventually lead him to several Rivers for Change community paddle events and racing in the Cal 100. Chris has since trained as a River Advocate with Friends of the River and is now the co-coordinator of the new Team River Runner Chapter on the American River in Lotus, CA. He is co-Chair and Facilitator for Team River Runner’s Diversity Committee and continues to help train blind and disabled Vets with a renewed focus on recruiting more Vets of Color.

You can read more about Chris’s project here. 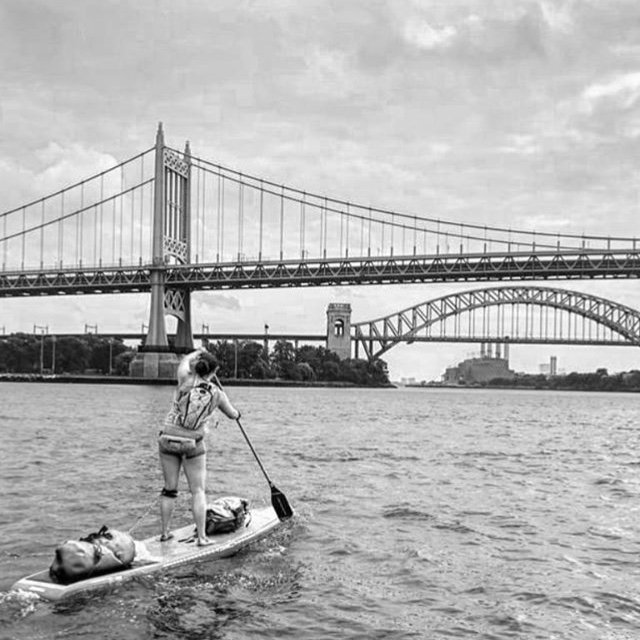 LouAnne’s love of the water began early on in Alaska where she spent much of her time growing up boating, fishing, and kayaking with her family.  After moving to New York for school she began working at Manhattan Kayak Company in 2010 teaching and guiding the kayak and SUP programs.  In 2015 she and Julieta Gismondi became the first two women to SUP the East Coast unsupported from NYC to Miami. Then, in 2019 she completed her first solo expedition as the first woman to paddle the entire length of the Mississippi River on a SUP, again unsupported.  LouAnne moved to Sausalito and joined the Sea Trek team in July 2020 as a Guide, Instructor, and Fitness Coach.

LouAnne was one of our first Fundraising Ambassadors, Paddling for a Purpose and raising money for Rivers for Change with her 2019 solo SUP Source to Sea down the length of the Mississippi River.

You can read some of the press she got along the way on our Blog and hear directly from her about her journey in our Source to Sea Stories Adventure Series. 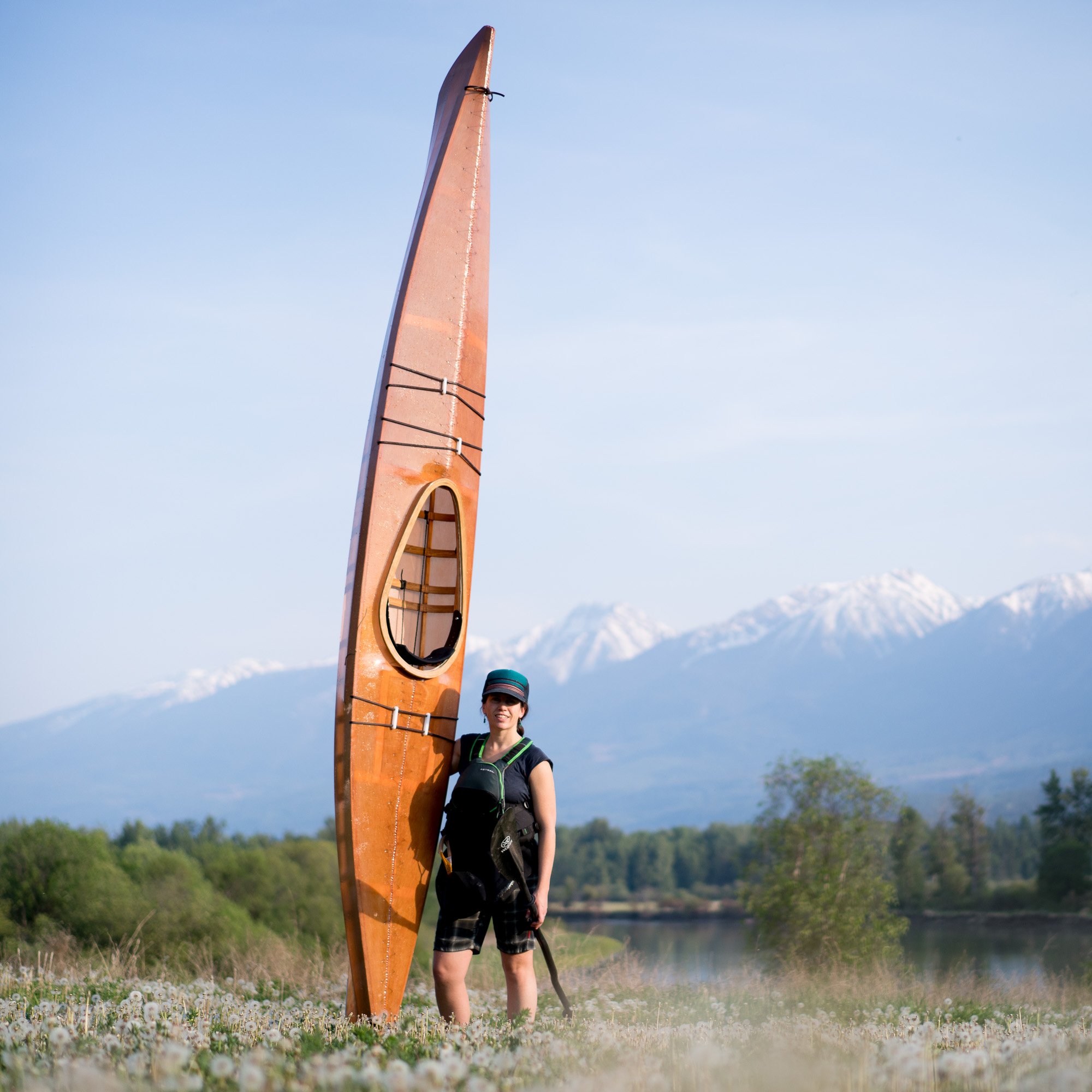 Claire is a photographer, artist, and writer. Prior to embracing these labels, she defined herself primarily as a kayaker. Fuelled by a love of the outdoors and an adventurous spirit, she spends as much time exploring as possible. In my photographic work, she strives to highlight the ways we all are connected, to one another and to the planet at large. She is fascinated by the invisible threads that link people across boundaries, real or imagined. Her intent is to increase a sense of community on a local and global scale through environmental portraits, sincere listening, and collecting stories that humanize and show shared experiences. She’s originally from the broken coastline of Maine and is now based in the Canadian Rockies, close to the headwaters of the Columbia River.

In 2019 she paddled solo Source to Sea down the Columbia River in a homemade kayak. You can read more on her website or follow her beautiful photography on Instagram. Listen to her journey in our Source to Sea Stories Adventure Series, or read about her trip on the blog. 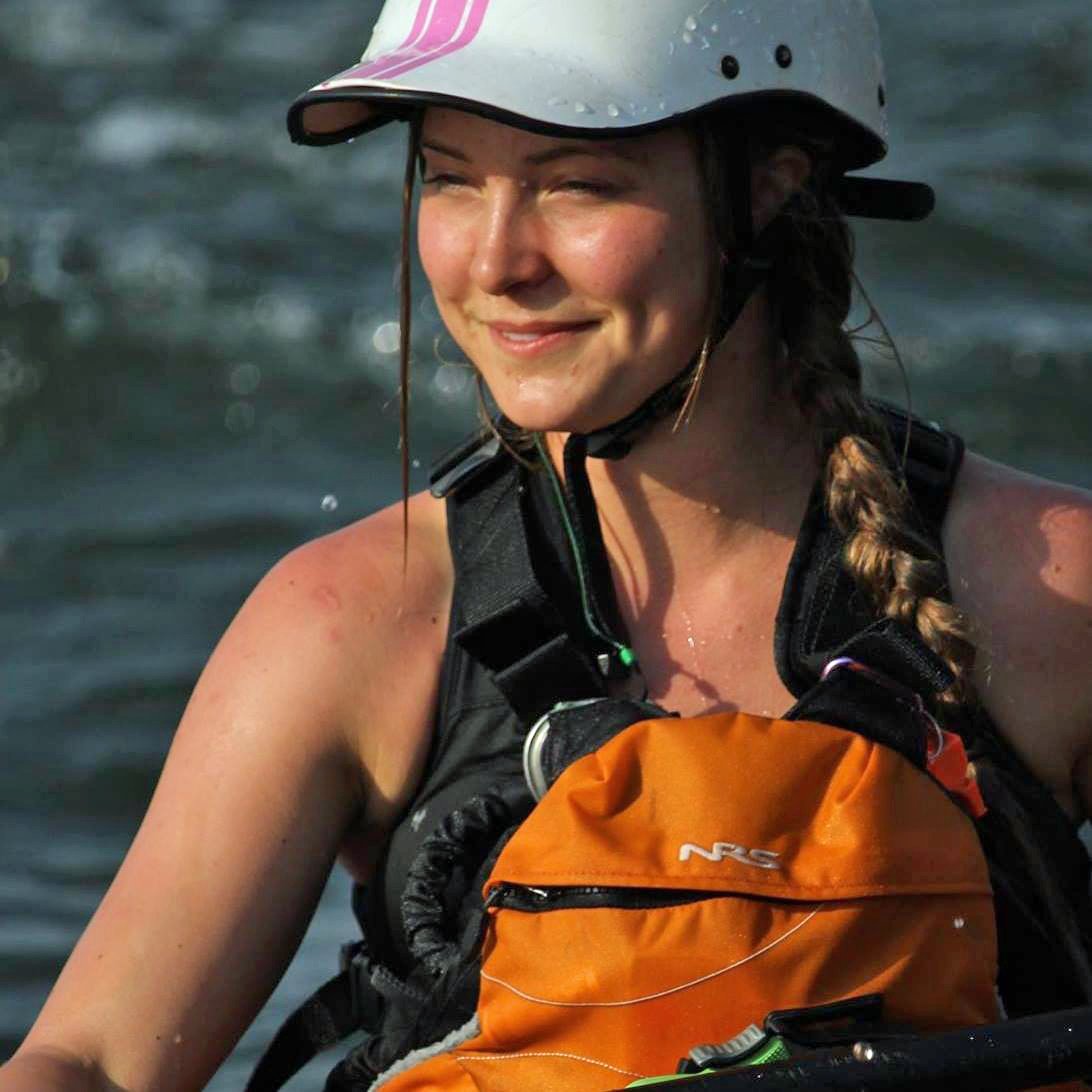 Hayley is a whitewater kayaker, filmmaker, and environmentalist passionate about protecting our earth’s rivers. Hayley first dove into environmental documentary filmmaking while studying abroad in Bolivia and Chile through DU, and making two short documentaries about the impacts hydroelectric development in the two countries. Since then she has spoken about the impacts of mega hydro at the Sun Valley TEDx conference in 2017, and her documentary “Hunger For Tomorrow” is used in university Hydrology curriculums at DU. She has worked with indigenous communities around Latin America including Pehuenche Mapuches, Incas, Aymaras, Uchupiamonas, Tacana, Moseten and Chimane, and Maya on the topic of hydroelectric development. Her current documentary project “Still River, Silent Jungle” focuses on protecting the headwaters of the Amazon in the Bolivian jungles from industrial project proposals. When she is not filming, Hayley teaches Spanish and whitewater kayaking at World Class Kayaking Academy: a traveling boarding high school for young adventurers. 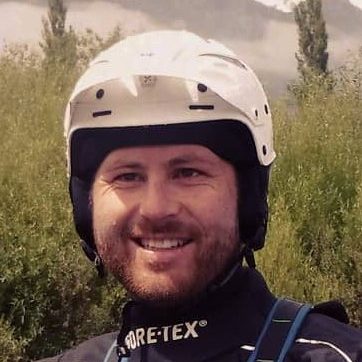 Galen Licht has been kayaking since he was three years old. His love for kayaking has taken him to rivers all over the US, Chile and Canada. He won the 2010 Santa Cruz Surf Kayak Contest and has been in the top three in World Championships in Spain, Costa Rica and Ireland.  Galen graduated from UC Santa Cruz with a degree in Environmental Studies where he also founded the UCSC Kayak Club. After completing his studies he continued to work in the outdoor education and leadership industry with the UCSC Wilderness Orientation Program and  NOLS. He currently runs Sea Trek, the area’s leading Kayak and SUP Center based out of Sausalito, CA. He has been an Ambassador for Rivers for Change since its inception when he led the Headwater’s Team through the Class IV and V+ sections of the watershed for the 12 Rivers in 2012 campaign. 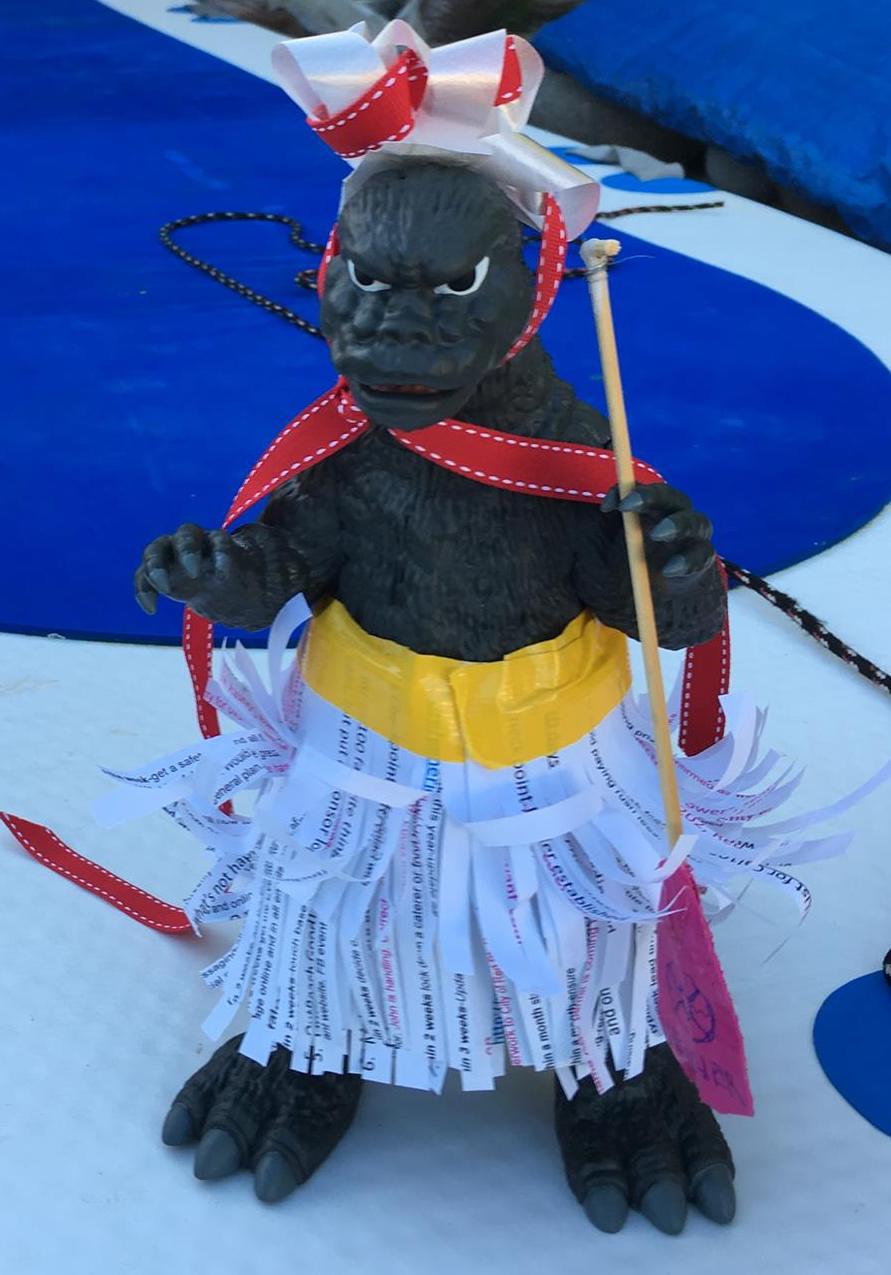 Supzilla is proud to be an RFC athlete ambassador. When not rigorously training or racing she is teaching others about source to sea literacy and inspiring environmental action with a ROAR! 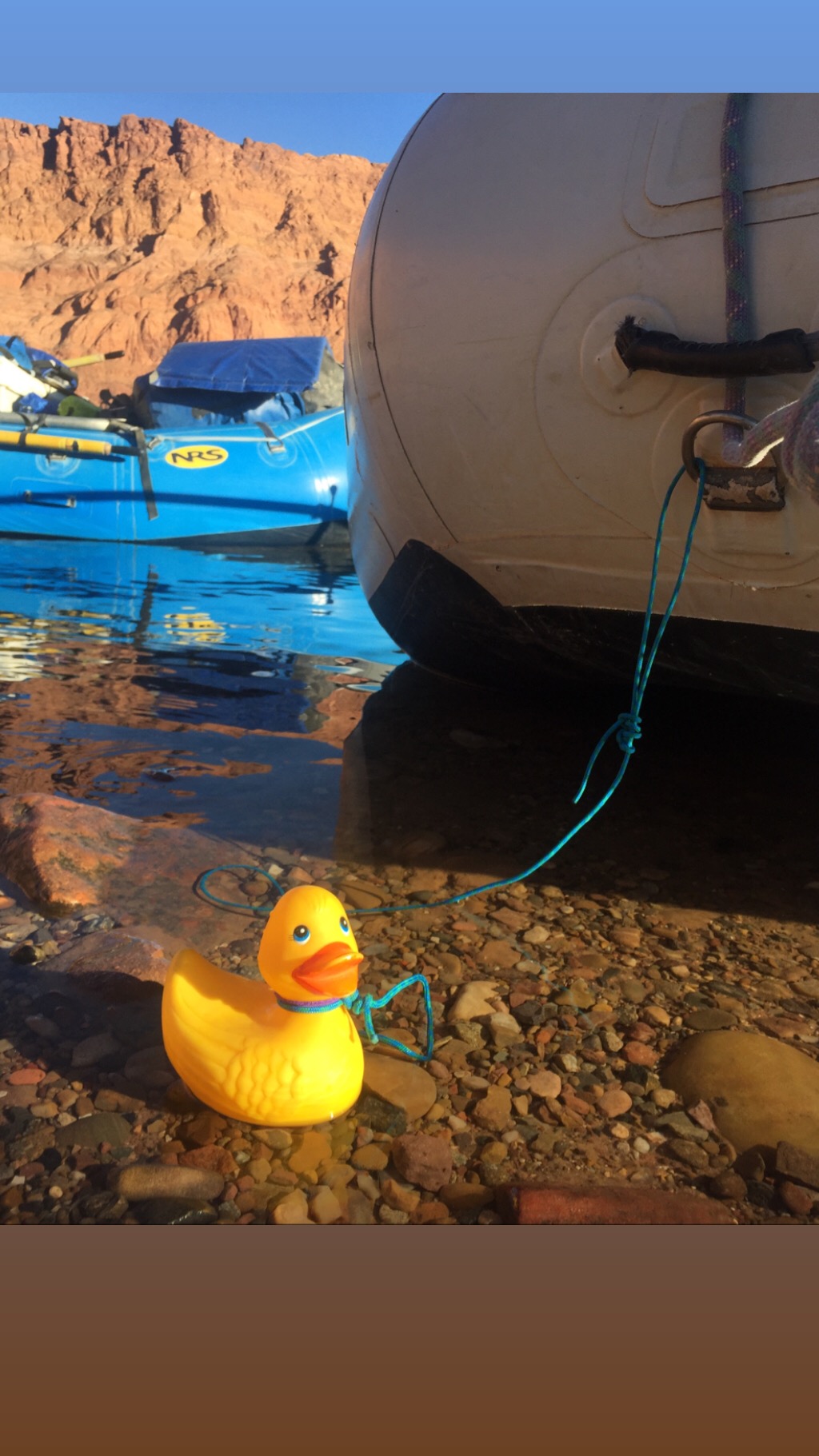 Izzie the duck loves going on adventures and educating everyone she meets about rivers and the environment. She has paddled around the world; in French canals, and UK rivers, across the US in California, Oregon, Alaska, Maine, and New Hampshire, in the Grand Canyon, and down the length of the Mississippi River.  She is particularly passionate about inspiring the next generation of environmental stewards and adventurers.